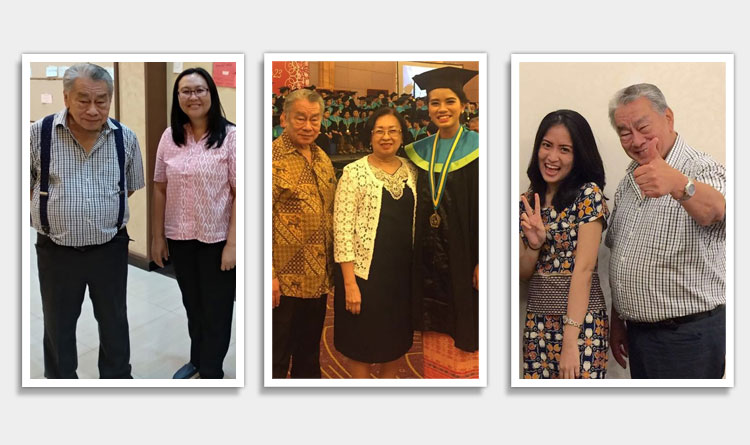 To start on Jan T.L Yap eulogy, it is best to have three foremost stories from his last and mostly relatives-like co-workers - Amelia Makmur, Adys Soedjono and Anastasia Wardaningrum...[read more] Welcome Datuk Ir. Abdul Kadir Mohd Din FASc as the new Network Manager of AguaJaring. which is now hosted in Kuala Lumpur from January 2020 to December 2021. As AguaJaring was dormant in the last two years, the main focus now is to revive the network to once again unify the country chapters in the South East Asian region...[read more]

Capacity Development in Water and Wastewater 25 years: What have we learned? 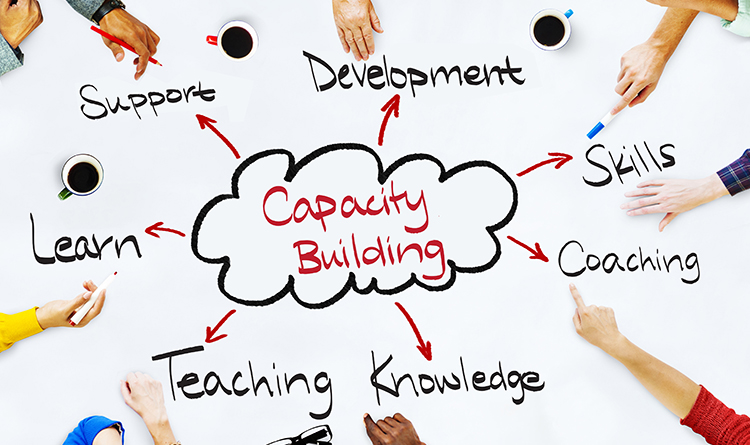 AguaJaring Handover to the Philippines The Ambitious Plan to Stop the Ground from Sinking

Our thirst for drinking water is causing severe subsidence in many areas around the world, putting them at risk of flooding. But some communities are trying to solve the problem...[read more]

Why 'hydro-politics' will shape the 21st century It's been called the 'next oil'. In the coming decades, the supply of water has the potential to influence geopolitics, diplomacy and even conflict...[read more] World Water Day is held annually on 22 March as a means of focusing attention on the importance of freshwater and advocating for the sustainable management of freshwater resources. This year's theme is: Why wastewater?..[read more]

Toward sustainable cities in Southeast Asia In Southeast Asia, urbanization is one of the major trends currently shaping Southeast Asian societies. Combined with the impacts of climate change, these pressures may lead to unsustainable futures for ASEAN cities...[read more] AguaJaring would like to wish you a Merry Christmas and a Happy New Year!..[read more] Jakarta is one of the fastest-sinking cities in the world, and as 40 percent of the Indonesian capital dips below sea-level, the government has pinned its hopes on an enormous, bird-shaped sea wall to drain the harbor and protect the bay from rising tides...[read more]

Deepest condolences on the recent passing of King Bhumibol Adulyadej On behalf of AguaJaring Secretariat and Members, we would like to express our deepest condolences to the people of Thailand and the Royal Family on the recent passing of King Bhumibol Adulyadej of Thailand.

The Other Water Crisis: One Million Jobs Are Missing, Yearly 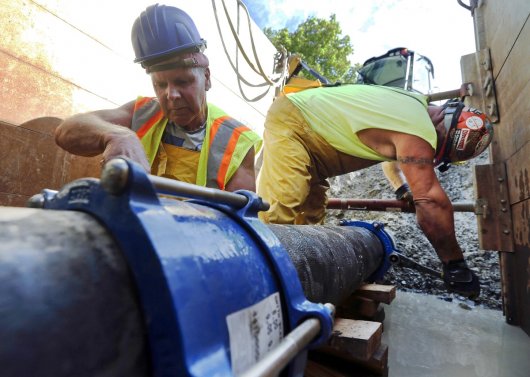 Experts are sounding the alarm over a growing jobs crisis in the global water sector...[read more] Cap-Net invites you to join the online Training of Trainers course on Online Course Design, Management & Facilitation with the objective of strengthen the capacity of Cap-Net affiliated networks and international partners to plan, design, organise, and deliver online courses for sustainable water management...[read more]

Water security for all? We need these five organisational changes The global water crisis is not driven by absolute water scarcity, but by a scarcity of governance: there’s enough water to go around, we just need to get better at managing it...[read more]

Are mega dams a solution or burden to climate change? 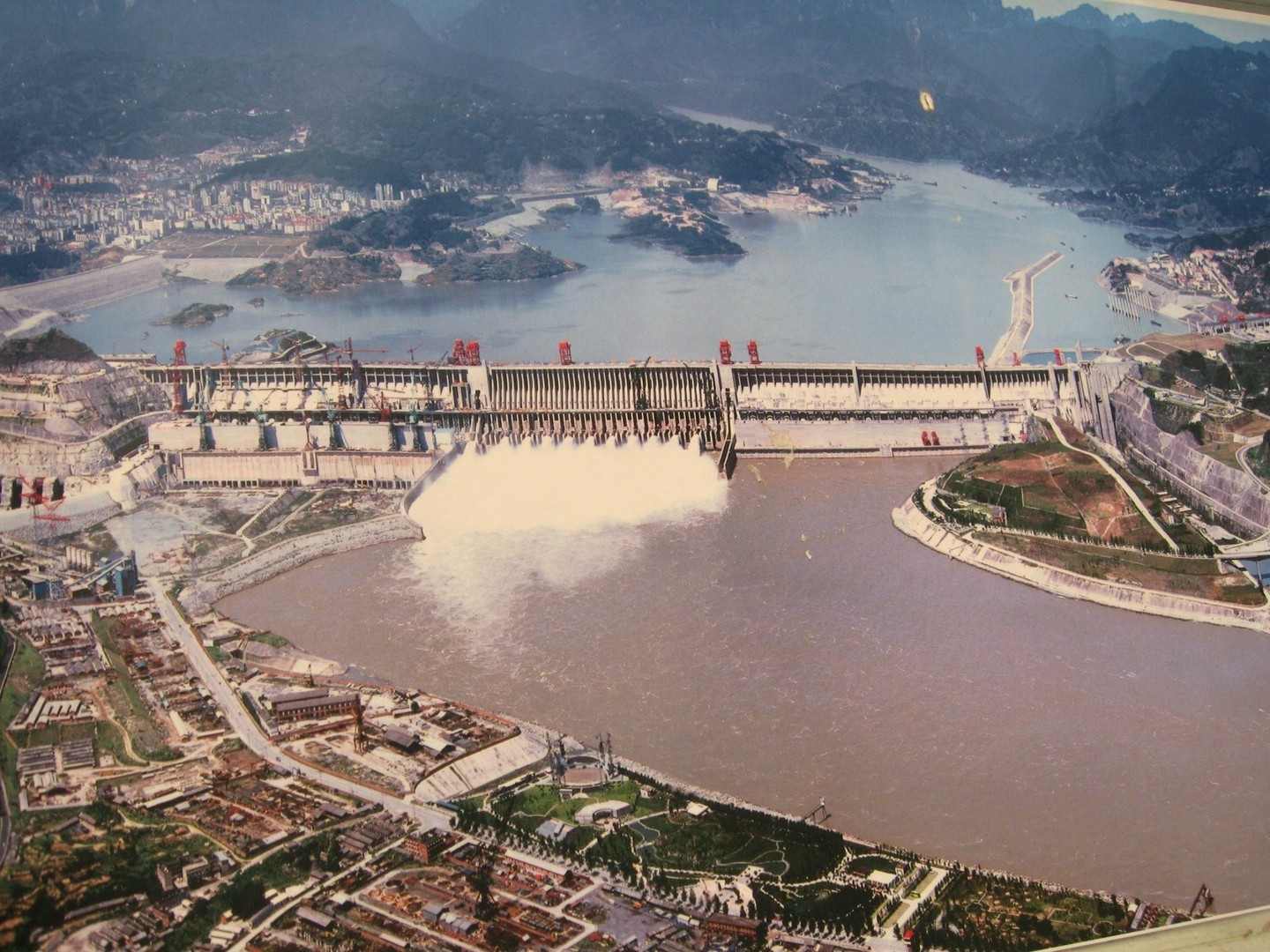 The use of large dams to mitigate climate change is becoming more popular across Asia and the world. But for many environmental and social advocates, this source of water and power remains a questionable solution that may even exacerbate our already fragile river resources...[read more]

Companies get serious about water use Water can no longer be seen as an infinite resource as shortages become ever more commonplace across the world...[read more] The amount of water that will be released from a Chinese dam until 10 April could be too low to help alleviate drought-stricken South-East Asia...[read more] Drought-ridden Vietnam is urging its neighbors to use water resources from the Mekong River in a sustainable manner as the country is waiting for discharge from a Chinese hydropower dam to reach its southern farming region.
..[read more] 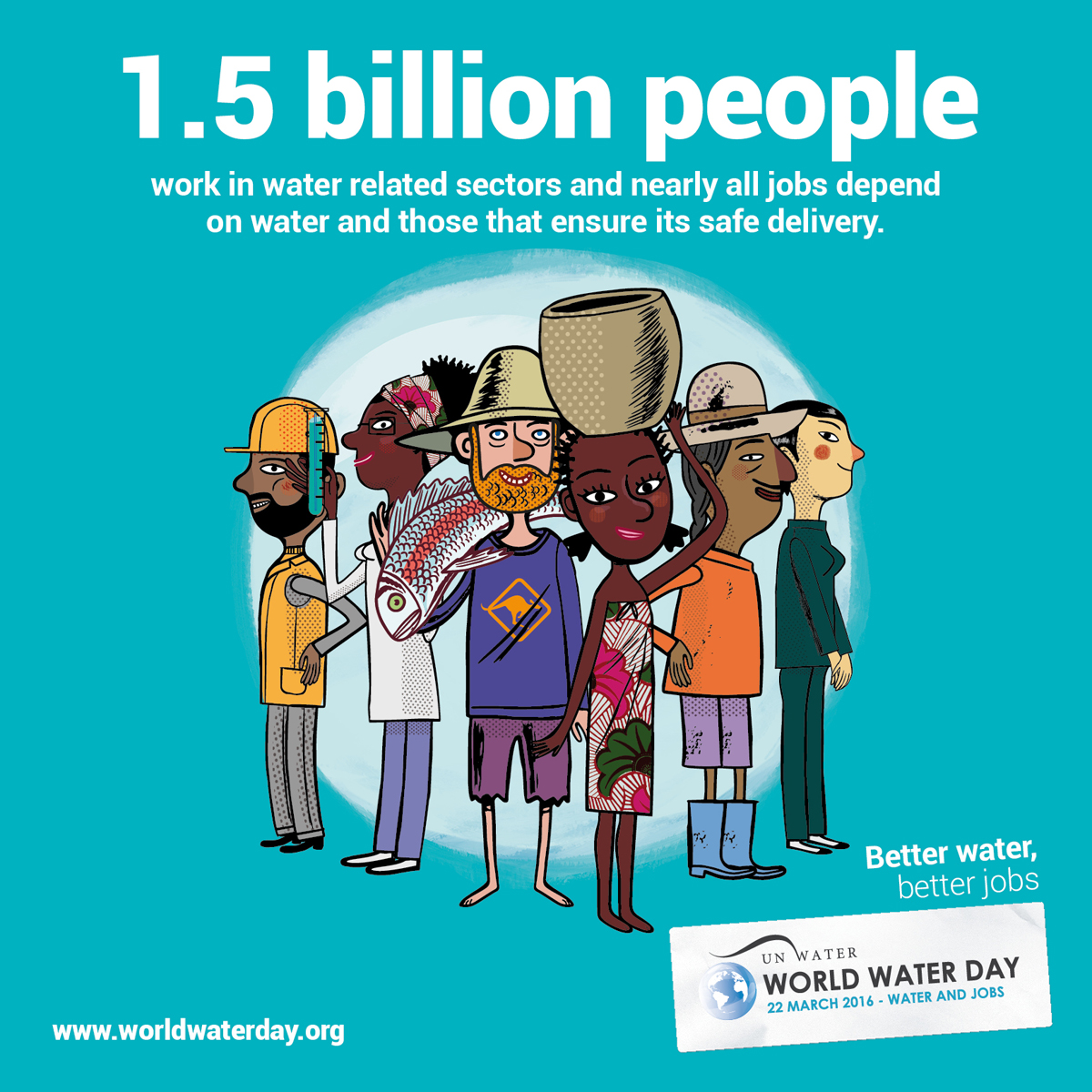 World Water Day is an international observance and an opportunity to learn more about water related issues...[read more] Asia is looking to tomorrow with plans for a new city with a twist--a green twist. These plans go by the name of Clark Green City in the Philippines, which will be the region’s first smart, green, and disaster-resilient metropolis...[read more] Heavy rain continued affecting several areas of Indonesia over the last week. Media report that over 1,000 homes have suffered damage and hundreds of people have evacuated in parts of Jakarta...[read more] 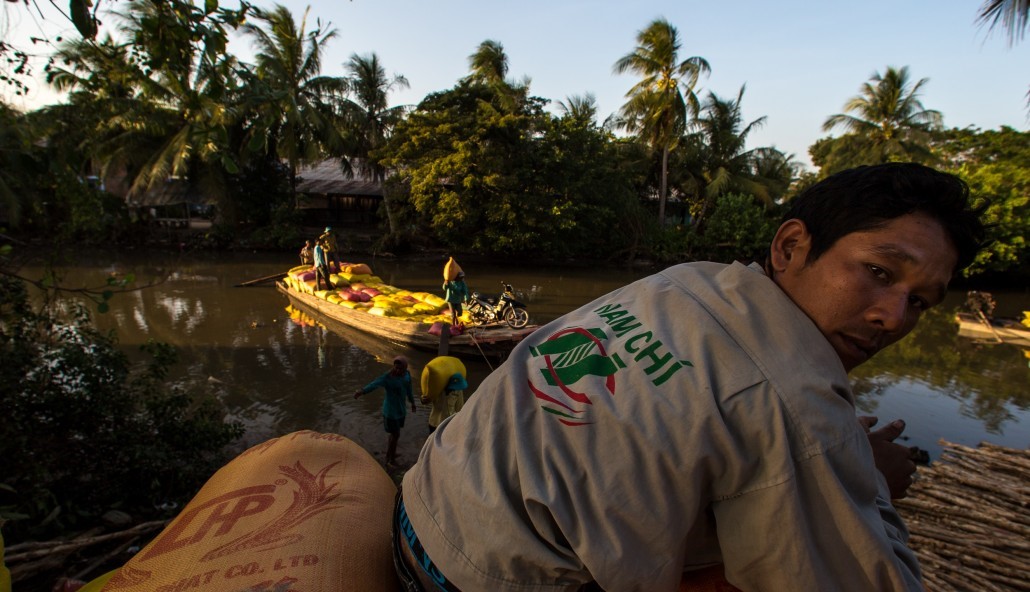 The worst drought in decades in Southeast Asia has weakened one of its great rivers to the point where it is losing a battle with the sea...[read more] 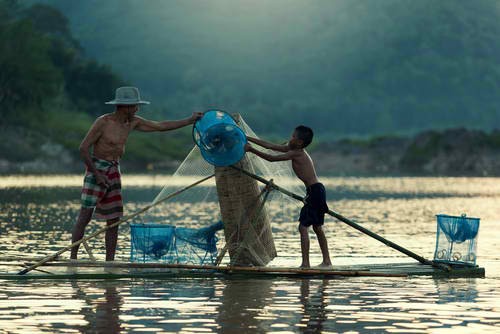 Billions of People Got Clean Water in the Past 25 Years 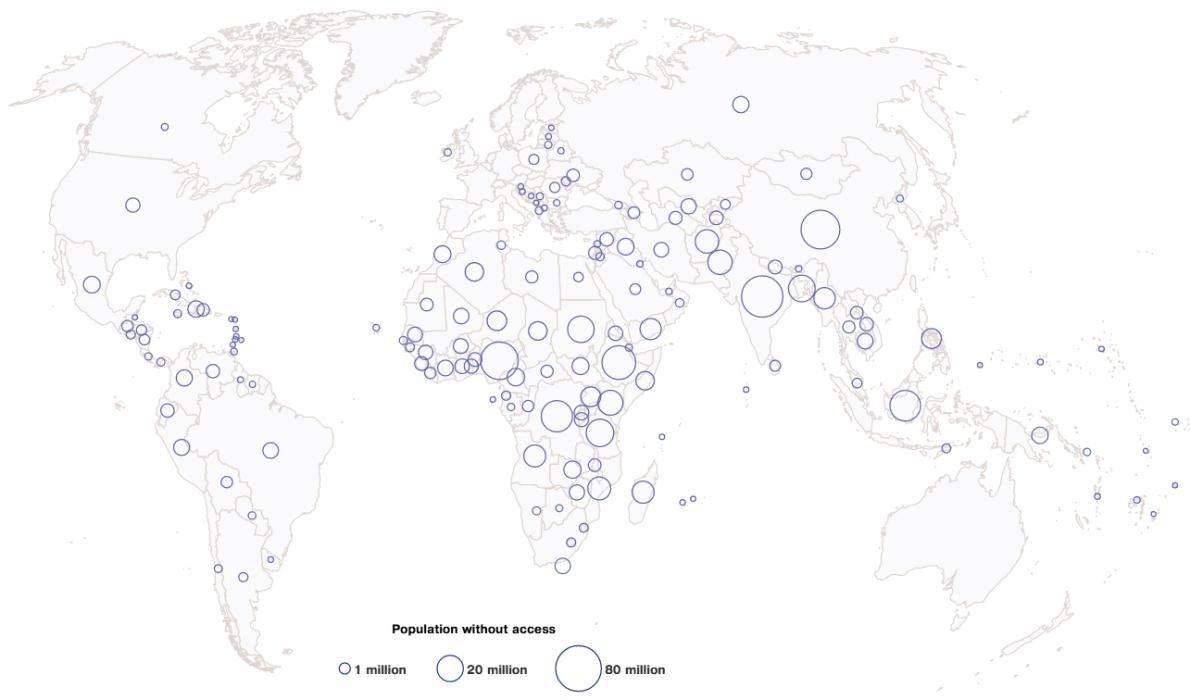 HCM City residents could face a water shortage this year as El Nino and climate change caused an unexpected increase in the salinity of the Sai Gon and Dong Nai rivers, which provide most of the city's water...[read more] 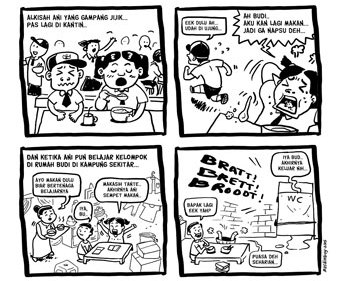 Within the last 10 years, Indonesia has seen consistent development of sanitation and drinking water facilities, but will it be enough to provide universal access by 2019?..[read more]

Sea-level rise past and future: robust estimates for coastal planners Sea-levels worldwide will likely rise by 50 to 130 centimeters by the end of this century if greenhouse gas emissions are not reduced rapidly. This is shown in a new study led by the Potsdam Institute for Climate Impact Research...[read more]

Balancing Life in a Raging Climate: The Case of the Philippines The unique or unfortunate location of the Philippines makes the country vulnerable to disasters compared to its neighboring countries in the Asia Pacific Region...[read more] Of all the components of the recent Paris accord on climate change, the one that probably got the least attention but could have the most immediate potential involves the world’s forests...[read more] Water shortages affecting two-thirds of world’s population for a month every year and the crisis is far worse than previously thought...[read more] Facing a severe drought this year, Thailand is pumping water from the Mekong river to irrigate farms inland. It also wants to divert larger volumes, despite warnings from environmentalists about the downstream impact...[read more]