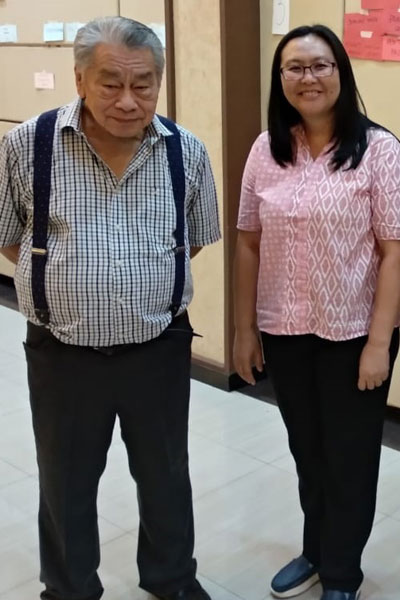 To Amelia Makmur losing Jan Yap was very hard. He was an inspirative figure for her. All his actions were always inspiring others. Among those were the capacity building training projects that was conducted by CKNet-Ina. In more than 15 years Amelia Makmur had known Jan T.L Yap, she could conclude that he was very persistent in inspiring people through CKNet-Ina, more than he already was. This persistence followed his most well-known motto: "A good deed needs not to be paid back. It is more valuable for those who received the deed to pass it on to the first chance that one has." Amelia Makmur felt very grateful to have experienced ups and downs with Jan Yap and witnessed that throughout his life Jan T.L Yap had helped many to become better people.

Anastasia Wardaningrum is one of the Secretariat of CKNet-Ina. She has known Bapak Jan T.L Yap while she was still in college, 2012. At that time Bapak Jan T. L Yap was a guest lecturer in Ukrida. He gave a lecture on flood. At the end of the lesson, all of the class member was asked to join Jan Yap for a meal. Still remembering the experience, Anastasia eagerly joined CKNet-Ina and started working with Jan Yap from 2016-2021. As a co-worker Anastasia remembered Jan Yap as a great supervisor. He was gentle, respectful, never judgmental, professional yet close as a relative. 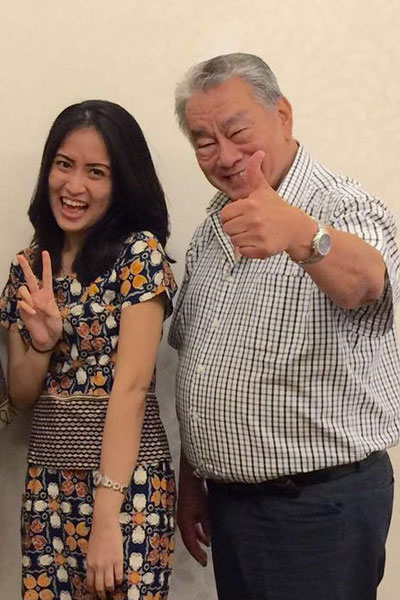 Adys Soedjono who is also a CKNet-Ina Secretariat still could not believe Pak Yap is gone. To have been able to work with Pak Yap was a great pleasure. She felt very lucky to be able work alongside him since joining CKNet-Ina in 2014, and Jan Yap has been nothing short of generous, always willing to share his knowledge and experience. He was not a boss, but a leader. He was the best leader she has ever known. She considers him as her own father, and will forever treasure the memories she has of him.

He will always be missed. He always kept the balance between professional and social relationship. His activity was restrained due to his sickness and the pandemic situation. Thus, this had made him rest more at home and went less to the Secretariat on Campus. In the end Jan Yap had to leave us all on 4th June 2021 at the age of 74. Jan Yap perhaps could best be described in this proverb: "Every time you do a good deed you shine the light a little farther into the dark." In the end, to loose Jan Yap is like losing a very close relative for he is more like family than an employer. Jan Yap is a father, grandfather, friend, and an extraordinary co-worker. A word from Jan Yap that he frequently said after someone met him was: "Thank you to have visited us here."